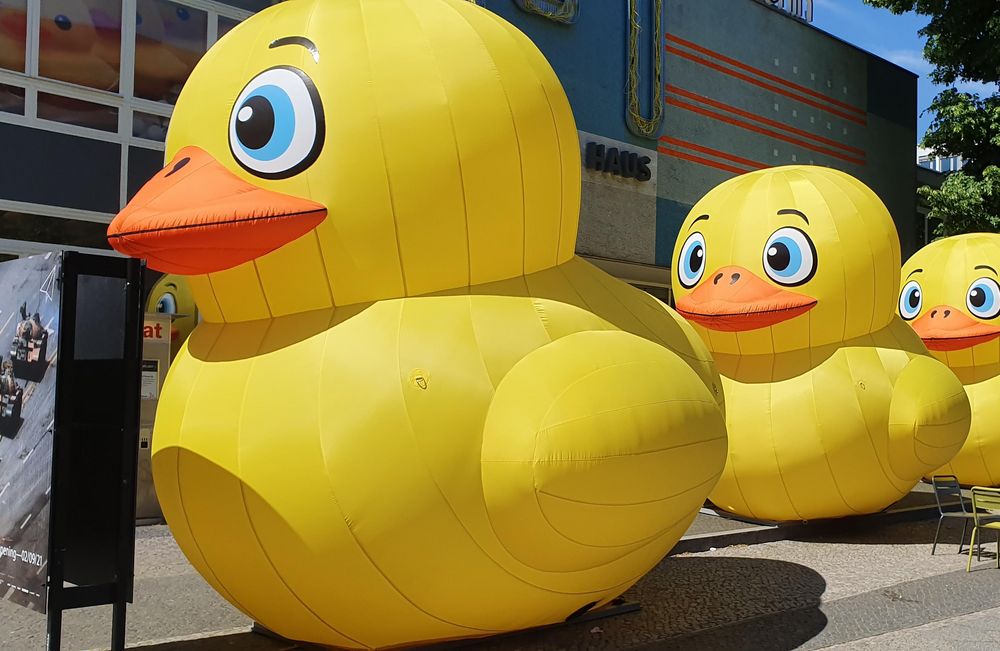 There are currently three giant rubber ducks in front of the exhibition center C/O Berlin. They look cute, but they are reminiscent of the Tian'anmen massacre in early June 32 years ago.

They look a bit silly, but in any case harmless: the three giant rubber ducks that stand on the sidewalk of Berlin's Hardenbergstrasse. But the bathtub monsters that have now been installed in front of the exhibition center C / O Berlin refer not only to one of the most famous photographs of the late 20th century, but also to an explosive political issue.

During the Tiananmen Square massacre in early June 1989, a man stood in front of a convoy of tanks and blocked their advance. This scene of civil disobedience was captured by numerous photographers and television crews and went around the world. In China itself, however, the picture of the "Tank Man" was not allowed to be published. In order to prevent it from being spread over the Internet later, appropriate filters were installed - but they only responded to the whole picture.

When strangers replaced the tanks with yellow ducks in the picture on the 24th anniversary of the massacre in 2013, the scene remained recognizable without the algorithms reacting to it. Before these were adapted, the image could be distributed, among other things, via Sina Weibo - an app from the Chinese company Sina similar to Twitter.

It became a globally circulating meme and has now established itself as a symbol of protest on the streets in Southeast Asia: When there was a demonstration against the monarchy and corruption in Bangkok at the end of 2020, numerous protesters with inflatable yellow ducks protected themselves against state violence.