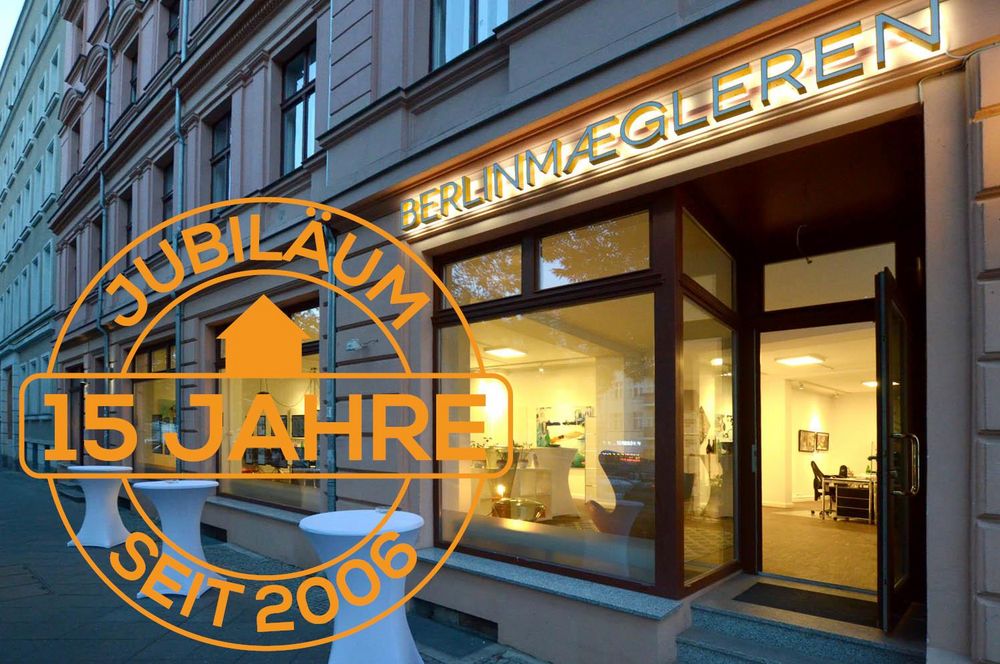 Berlinmaegleren celebrates 15th anniversary. Trine Borre in the interview: How everything started...

"It all started when I, as a new real estate agent, bought an apartment in Berlin with friends in 2006. The prices were very low - unfortunately the service too."

"At the notary in 2006, which was the coldest day in ages at minus 20 degrees, I decided to set up a company to help Danes buy a flat in Berlin. Everything should be in Danish and there had to be a lot of service. And then I wanted to I have a nice office at street level, which didn't really exist in Berlin at the time. In other words, I wanted to implement everything that worked well in Denmark in the German capital. Me, my husband and our two-year-old daughter moved to Berlin in the summer of 2006. Our daughter started kindergarden and my husband also started a company. We got into business quickly because the need for affordable housing was great - and I could soon see the company took shape. We started with the opening of a store in Prenzlauer Berg, the following year it also became a store in Charlottenburg. Both branches are doing well today - but we moved into larger rooms in Prenzlauer Berg.

We were particularly successful in terms of quantity from 2012 to 2017, when we sold between 100 and 120 apartments and houses per year. The buyers came from all over the world. Since 2006, the competition among real estate agents has increased significantly. The division into condominiums is no longer allowed, which has led to a decline in supply.

It's now been 15 years since we started. Three employees celebrated their 10th anniversary. Today we are a tight-knit group of experienced people who speak a total of eight different languages. I live in Denmark again and have hired a manager to take care of the day-to-day business. I come to Berlin as often as possible.

We have become part of German (real estate) history, our Danish roots have conquered German soil and despite our very Danish-sounding name, we are an experienced player on the German market. We are sure we will still be here in 15 years! It runs fine."